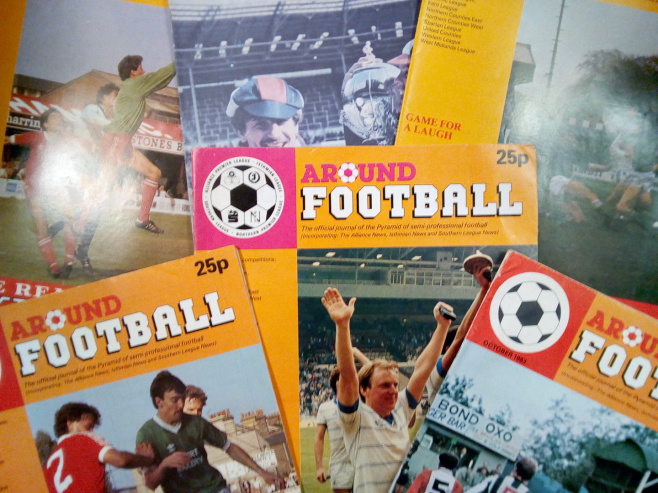 As the structure of the game beneath the Football League became more clearly defined with the formation of the Alliance Premier League in 1979 (now of course, the National League, and more often than not still referred to as the Conference), the need for a publication to give the game wider publicity at that level grew.  Thus, in the summer of 1982 "Around Football" first appeared.

Acting as a central base for news, results and fixtures, the magazine was purely sold at non-league grounds, and replaced the individual publications previously issued by the separate leagues. However, the magazine ceased publication at the end of 1983.

We are pleased to be able a selection of these (please note that it wasn't issued in the summer of 1983, thus no issues in May, June & July), priced at £1 each