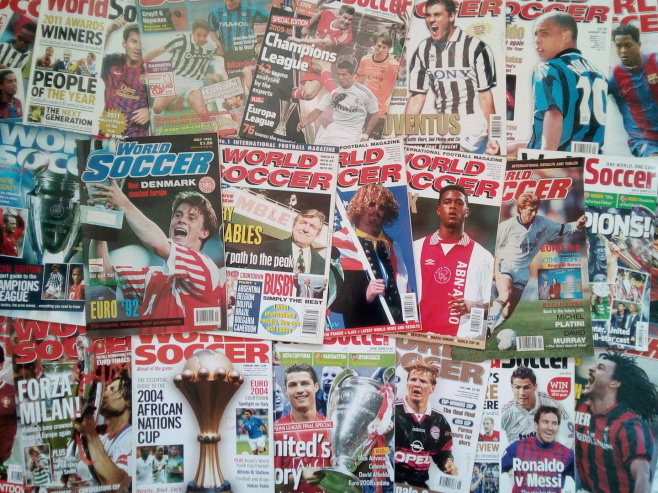 With IPC (the publishers of Shoot) taking over production of the magazine in 1989, the publication inevitably moved away from its basic black-&-white content towards full colour.  We are pleased to be able to offer an expanded selection of issues from the 1990's onwards. (Details listed for front/back covers).

ALL MAGAZINES IN THIS SECTION ARE PRICED AT £2 EACH