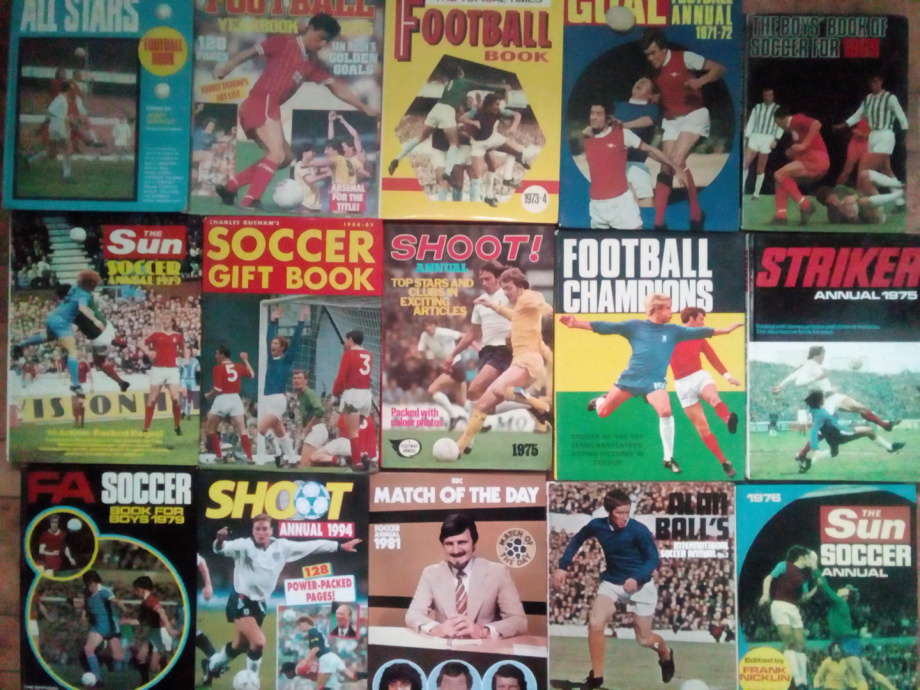 Getting all misty-eyed ?  Let's be honest, the classic festive songs might have been on the radio, and the smell of the turkey cooking in the oven would have been wafting in from the kitchen, but Christmas morning simply wasn't complete unless there was one of these tucked away in your stack by the tree.  Bet you wish you hadn't donated them to the school jumble sale when you'd finished with them either.      Well, here's your chance to make up for it.

We're pleased to be able to offer you some great "Childhood Memories", with a wonderful selection of old football annuals. They've all been checked to ensure they are complete and don't have any scribbles in them !  There may be the odd one with a grotty dust jacket or a nick on the edge binding, but nothing serious which would detract from your enjoyment in reading them once again, or explaining to the kids that this is what the game used to be about.....and perhaps ought to be now.

Unless stated, the annuals detailed below are priced at just £4 each  -  and with our UK carriage-paid threshold being just £15, it means you only have to buy four to qualify for free postage.   So go on, treat yourself to a little trip back to those old Christmas mornings !

(If you need a reminder of any specific editions which may interest you, pictures will of course, be sent on request)