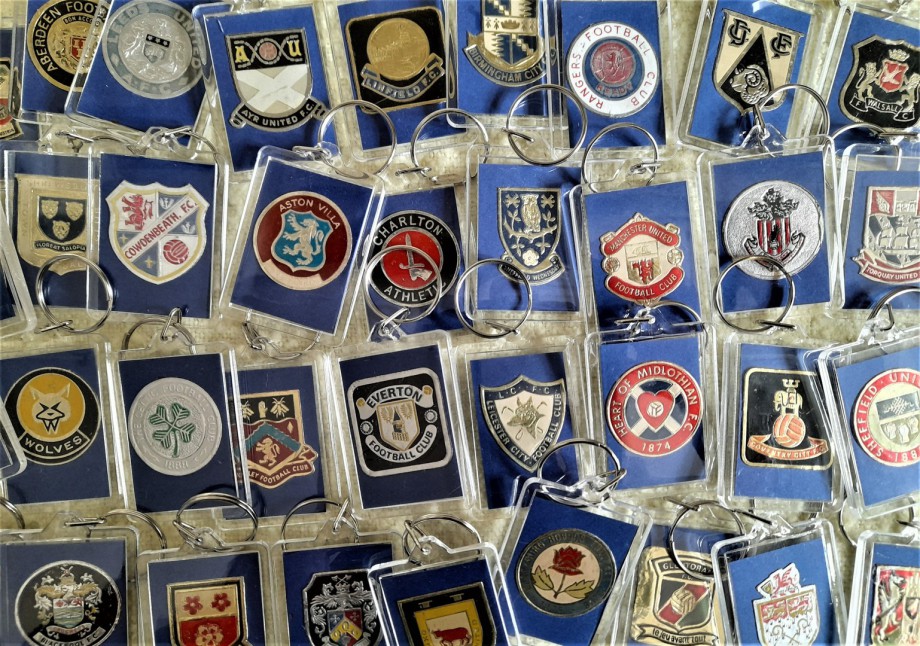 Football fans of a certain age will be familiar with the great collectable sets offered by Esso in the early 1970's  -  the 1970 World Cup Coin set, and the F.A. Cup Centenary medals issued in 1972 being the most readily recognisable offerings.  But for our money their finest masterpiece was the Foil Badge Set issued in 1971.  This comprised a navy blue gatefold card with seventy-six spaces in the shape of a club crest, with that club's individual honours (up to the end of Season 1970-71) listed. Drivers would receive a foil badge or two when paying for their petrol, wet their finger to moisten the glue on the back of the badge, and then apply it to the relevant space on the card. The end result would be a stunning piece of football memorabilia.

Over the years these sets were easily open to wear and tear. Badges would get lost, the card itself might become damaged - and that's precisely what happened to a set or two that found their way into us. But rather than totally discard them, we tried to find an imaginative way to recycle them. We found one !  Keyrings !!!

We've carefully removed the remaining crests from the damaged card sets we had, and also trimmed out the honours details listed for each club.  End result is some lovely keyrings, with the crest on one side, and the honours on the other.  Worth £3 of anyone's money, surely ???  Listed below are the clubs for which we have keyrings available, some of which are teams which long since disappeared from the Football League, while of course many clubs use more modern insignia some fifty years later.

Quality memorabilia ? Of course they are ! You wouldn't expect us to fob you off, would you ?

(Please note - postage to be added unless your TOTAL orders is £15 or more). 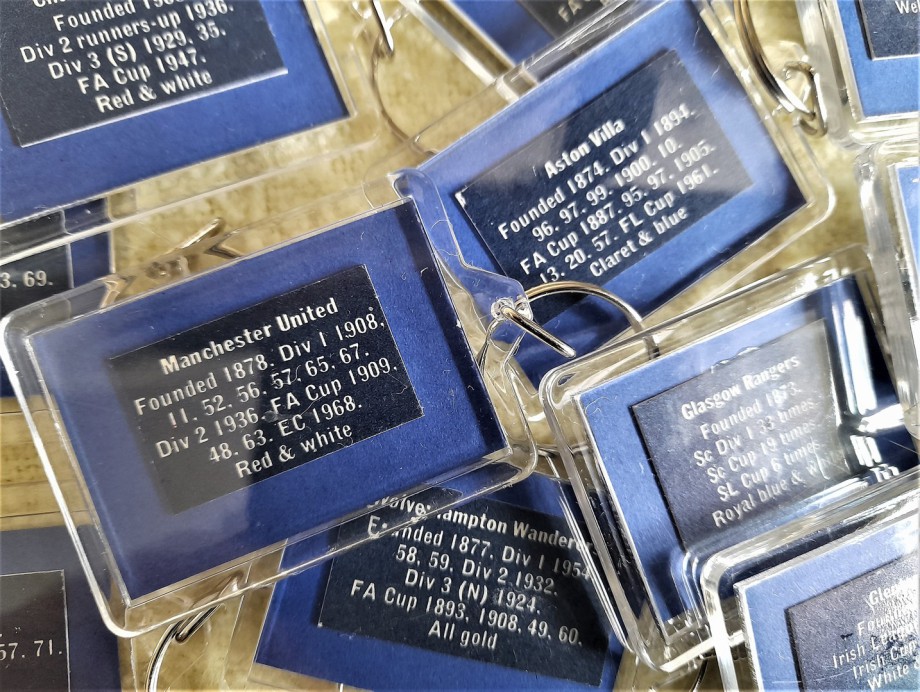