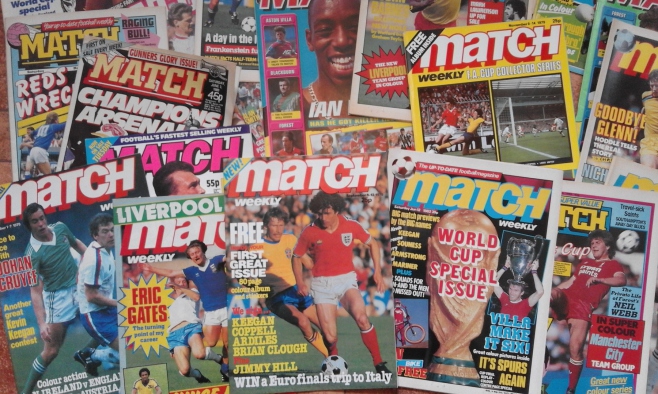 First published in September 1979 (this issue pictured above with Kevin Keegan in the classic red England away shirt by Admiral was No. 1) and offering a glut of colour posters in each issue, Match gradually established itself as Shoot's main weekly rival on the newsagent's shelves.

We are pleased to be able to offer a selection of Match Weekly magazines, with the vast majority of magazines being in perfect condition.

For the first few months of publication, Match was dated to cover a full week (for instance, Issue 1 is dated 6th-12th September 1979) but for our purposes, the latter date would be used (i.e, Sep 12). The last issue using this format is dated 28th February-5th March 1980 (this would appear as Mar 5 when in stock in our listings for 1980), with next issue being dated for the following Saturday, in this case 8th March 1980 (therefore Mar 8). Until August 1981, magazines were stapled rather than glued, which made removal of the centre spread far easier. We can confirm that the ALL the magazines listed below have been thoroughly checked and are complete !

Details of the colour pictures in each magazine are listed as follows :

We've only listed poster content for issues up to & including 1987, as by this point the publication was pretty much full colour throughout.  Please don't hesitate to make contact if there is anything specific you are looking for within issues from 1988 onwards, and we'll endeavour to have a flick through for you. 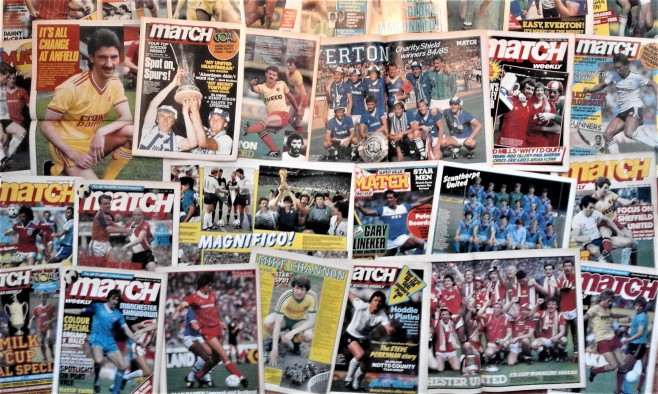