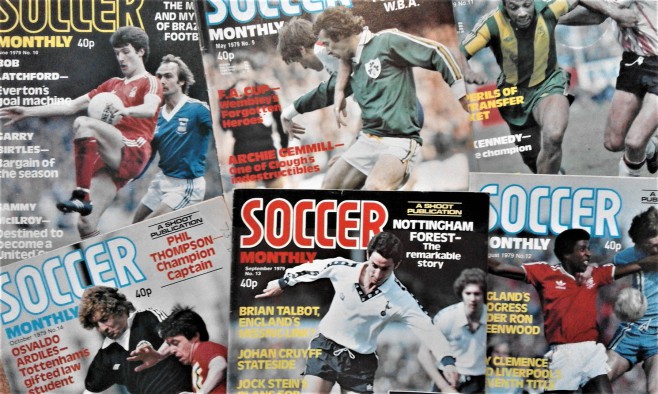 Soccer Monthly - or Shoot for grown-ups ! - was a top quality publication and a serious rival to Football Monthly for a couple of years in the late 1970's/early 1980's.

Full of colour and excellent writing throughout, the magazine also carried an outstanding central feature on one of the country's top clubs.  Soccer Monthly was launched in September 1978, and ran for twenty-seven issues (with no gaps in publication), with the final edition dated November 1980.

We are pleased to be able to a fresh selection from the middle of its run in 1979, with the front cover/centre feature/back cover details listed in the usual fashion.

ALL COPIES OF SOCCER MONTHLY ARE PRICED AT £3 EACH