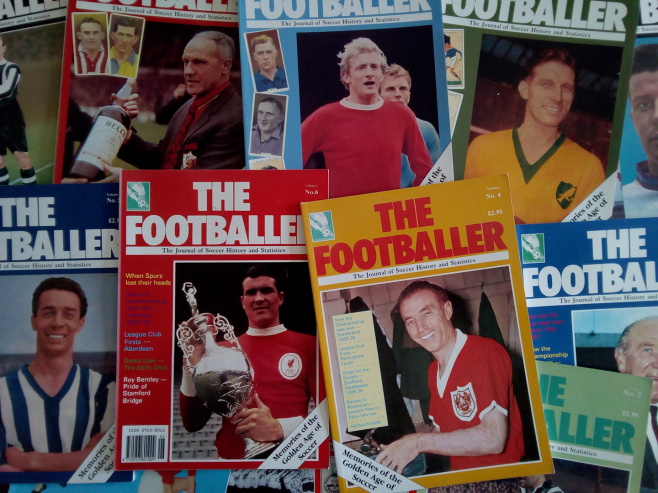 "The Footballer" was billed as the journal of soccer history and statistics. Initially published in the summer of 1988, the magazine appeared every couple of months, and was the first regular "retro" football magazine.  36 issues were produced in total, with the final one published in 1996.

We have obtained a number of issues from the late 1980's/early 1990's in perfect condition. Details of the front cover feature are listed against the date of each magazine

ALL "THE FOOTBALLER"  MAGAZINES ARE PRICED AT £5 EACH