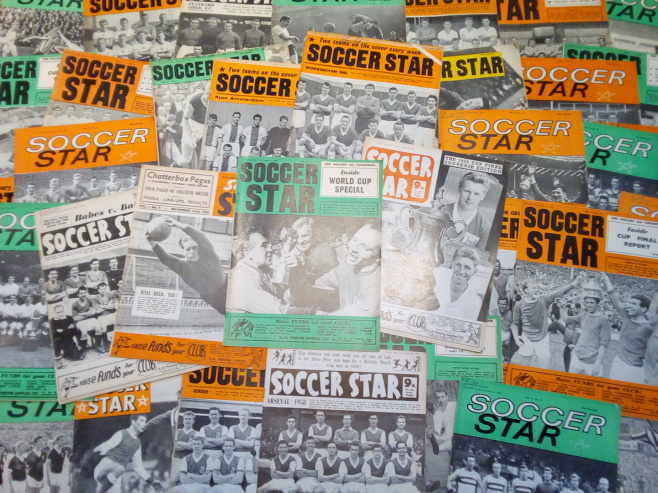 Soccer Star first appeared in 1952, under the title "Raich Carter's Soccer Star", no doubt to give the publication the same credability enjoyed by it's monthly rival carrying Charles Buchan's name.

With a good mix of news, features and results it had no serious competition until Goal and Shoot appeared in the late 1960's. However, the new publications with their greatly enhanced colour features instantly made Soccer Star look tired and dated, and the magazine ceased publication in June 1970.

Details of the front/back cover photographs where applicable (which alternate between team groups and four individual player portraits) are listed.