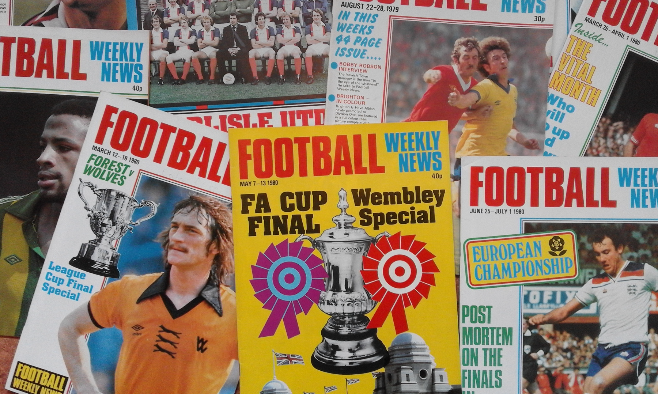 Issues of Football Weekly News were dated to cover a whole week, for instance the first issue we have available is dated Oct 10-Oct 16 1979.  For reference on this site, it is treated as Oct 16 1979. Originally appearing in August 1979, the magazine ceased publication in the summer of 1981.

Details of the subject of the colour cover, and the colour team group or player(s) which usually appeared on the back cover are listed alongside the date of each issue.

ALL FOOTBALL WEEKLY NEWS MAGAZINES ARE PRICED AT £1 EACH.