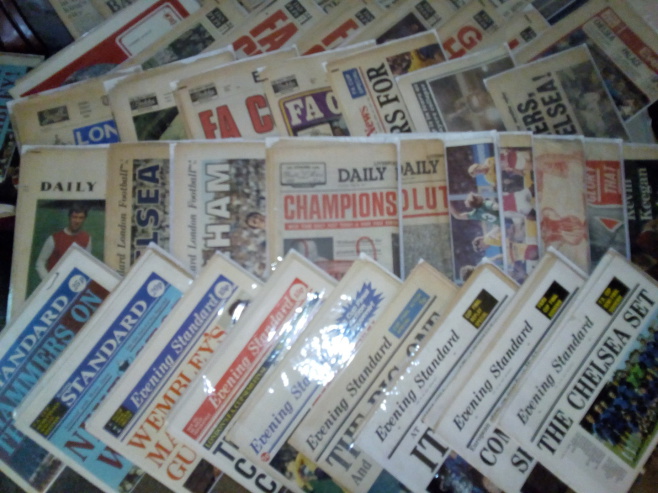 We are pleased to be able to offer a selection of special edition newspapers.  The majority of these originate from the 1970's, were mainly published to mark major showpiece matches and included an amount of colour content.

All the newspapers offered in this section are complete and in good condition, with no more than acceptable wear & tear commensurate with newspapers of this age.  Further pictures of any individual 'papers which may be of interest will be supplied on request.