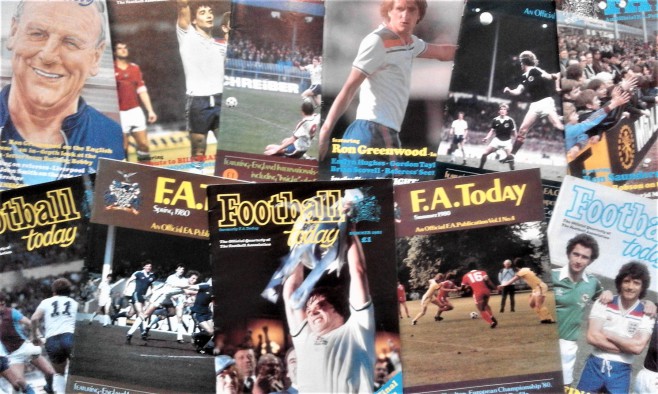 F.A. News went through plenty of changes in its history, and in 1979 popped up again, this time as a the Football Association's official quarterly publication.  It naturally carried features from all levels of the game, articles on coaching, extensive coverage of all the F.A. competitions and reflect an era where the game was, perhaps, struggling to find the right way forward.

The magazine also went through a slight change of identity, assuming the title 'Football Today' for the Summer 1981 issue, although this has no connection with the magazine of the same title first published early in 1987.  There were just twelve editions published in this format, with the final issue dated Autumn 1982.

We have now obtained an expanded number of copies of this scarce publication, indeed the only one we are currently unable to offer is the final edition.  Details of the colour cover photographs are listed against each issue.