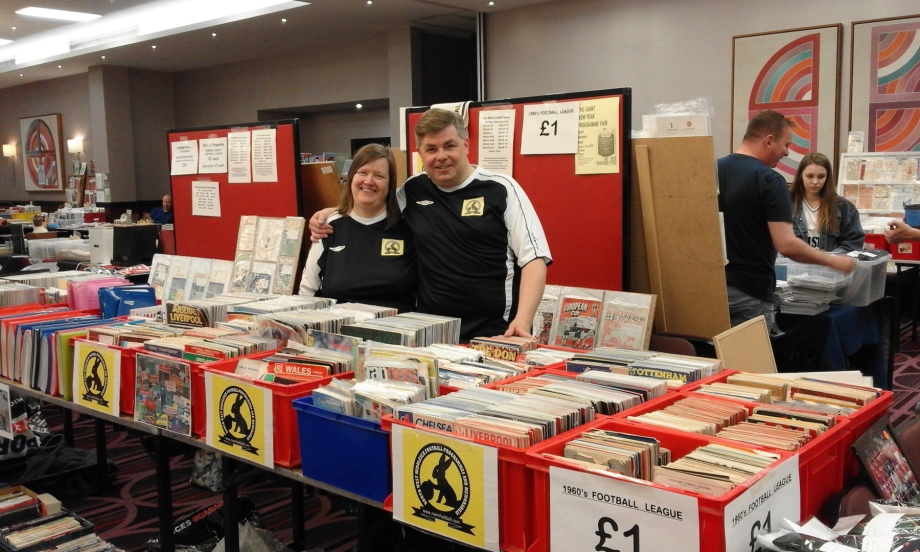 Self-handedly running NORTH WEST MIDDLESEX FOOTBALL PROGRAMMES & MEMORABILIA (also more simply known as "NWM Football") Lee was born in Hillingdon, Middlesex in March 1968, and grew up in nearby Greenford. His earliest footballing memory was recalling seeing Leeds United's Mick Jones get stretchered off with a dislocated elbow at the end of the 1972 F.A. Cup Final.  Listening to a vital Tottenham v. Chelsea relegation battle on LBC in April 1975 came next, and for better or on many occasions worse, goals from Steve Perryman and Alfie Conn in a 2-0 win ensured that Spurs had another fan, with a first visit to White Hart Lane coming for a game with Sunderland in September 1980.

Another love-affair that was to last over thirty years began in November 1980, when he made his first trip to Hayes Football Club for an F.A. Cup 4th Qualifying Round tie with Yeovil Town. Despite a very late equaliser robbing Hayes of a place in the F.A. Cup 1st Round, Lee returned to Church Road the following Saturday, and kept going back for more......

In September 1983 and then aged 15, Lee was invited to join the Hayes FC Supporters' Club Committee, with his keen interest in football programmes meaning that he soon got his teeth into re-organising the Supporters' Club Shop, which he fully took over for the start of Season 1984-85. With the exception of a few years between 1987 and 1992 spent going to virtually all Tottenham home games and a number of away matches, this role was to continue until 2013. Lee would also happily visit many other Clubs in and around London, both League and Non-League in search of an additional football fix !

Lee began to get involved with other areas of the Club, and was the first presenter of their Clubcall service from the summer of 1994, which led to him being named as Clubman of the Year for Season 1994-95. It was an exciting period in Hayes Football Club's history. Having finished in a then new high of third place in 1995, their Isthmian League Championship success in 1996 saw them move up to the Conference, and with the club now involved on the national stage, Lee became Supporters' Club Chairman, arranging coaches for supporters to many away matches up and down the country. With a comprehensive range of stock including programmes, books, shirts, videos and other memorabilia, the Hayes FC Club Shop was by now also gaining legendary status amongst collectors from visiting clubs. He also regularly contributed to the Club's own matchday programme and had a key input in designs and negotiations with kit manufacturers, as well as being responsible for arranging the supply of all other club souvenirs.

Hayes' relegation out of the Conference after six seasons at the top level was nothing in the way of a setback compared to the arson attack by vandals which totally destroyed the Club Shop and over twenty years' work in December 2004. Restarting with just a few salvaged souvenirs and other boxes of donated bits and pieces in a room under the stand at Church Road, he set about rebuilding the stock from scratch. It was his proudest achievement that within a few years he had been able to restore the Club Shop to its righful place as one of the leading football memorabilia collectors' shops in the country.

Initially fully embracing and seeing the logic behind Hayes FC's merger with neighbours Yeading in 2007, Lee carried on in his roles as both Supporters' Club Chairman and Club Shop Manager with the new Club. Hayes' old ground at Church Road closed in the summer of 2011, and this began an exceptionally distressing period for Hayes & Yeading United, with the gross mismanagement of their period away from Middlesex pushing the Club to the brink of extinction. Despite alerting officials at the Club at quite an early stage to his concerns regarding the problems he sensed were brewing, his views were overlooked, and  his involvement with the Club ended in 2013. He now bitterly regrets that the merger, which led to the destruction of the old Hayes Football Club he loved, ever happened.

Having first visited Vicarage Road on New Years' Day 1985 and developing a soft spot for the Club over many other visits, Lee began going to watch his local club Watford regularly in 2013 to fill the void left by no longer being involved with Hayes. Now happily living in Harefield (hence NWM's distinctive hare-and-football logo) with incredibly patient wife Helen whom he married in 1997, seen above assisting at the 2017 Premier Programme Fair (......not forgetting six delightful cats !!!) he has not only been a Watford season ticket holder since 2013-14, but now also holds a Fulham season ticket too, making regular visits to Craven Cottage when The Hornets are away. Occasional trips across town to grounds such as Brisbane Road and The Den are still on the agenda.....not forgetting a stroll around the corner to watch nearby Harefield United when the opportunity arises.

When it became clear that Hayes & Yeading United had no interest in resuming running a collectors' shop, Lee took the chance to purchase the material he had carefully assembled from the Club, establishing NORTH WEST MIDDLESEX FOOTBALL PROGRAMMES & MEMORABILIA in the latter part of 2015, and set about adding plenty of quantity and more importantly quality items to the stock. With over thirty years' experience of buying and selling programmes and other football memorabilia to call upon, he is now beginning to get established in his own right alongside the country's other leading programme dealers, with a regular slot at the West London Programme Fair and stalls at other fairs up and down the country - such as at Stockport County in September 2021 as shown below - as well as ensuring that NWM Football is also out and about at Antiques & Collectors' Fairs across the south east at most other weekends. 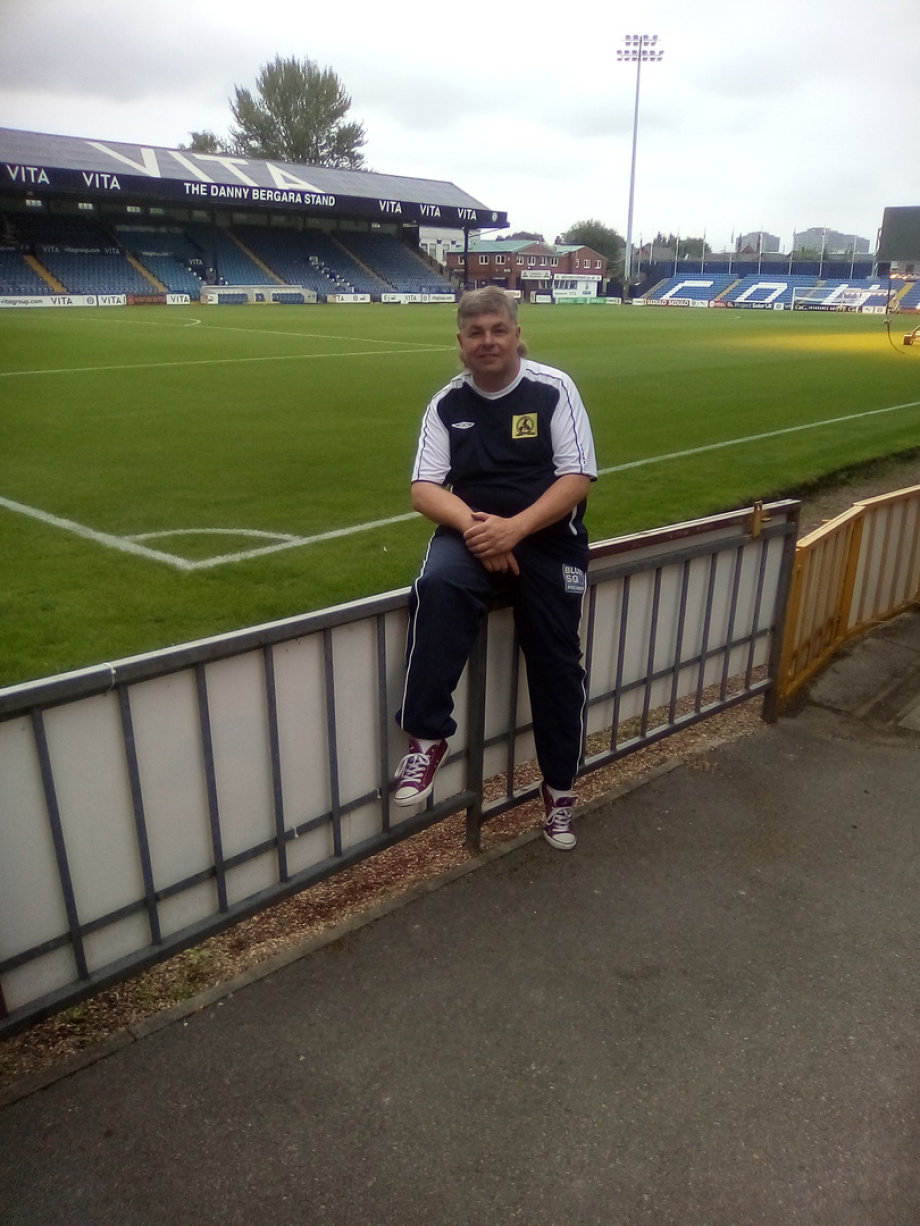