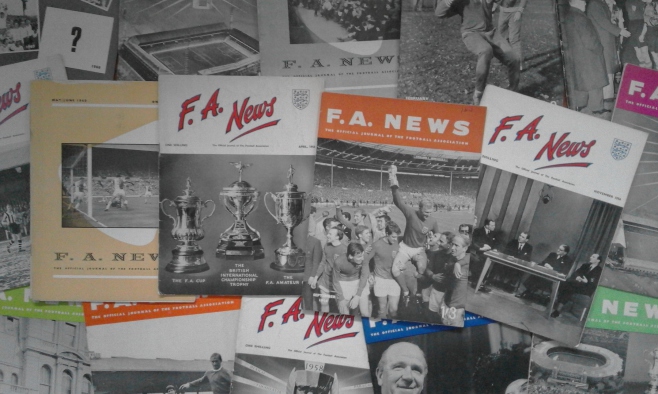 F.A. News was first published as long ago as 1946 (initially as "F.A. Bulletin", changing its title to F.A. News in the1950's), and has appeared in various formats down the years.

Where applicable, the listings against each date refer to colour pictures on the front cover/centre/back cover/other page, other page etc, on the later issues, while details of the black & white cover pictures are listed on the earlier issues.

WE CURRENTLY ONLY HAVE A SELECTION OF THE LATER 1970'S A4 FORMAT ISSSUES AVAILABLE, PRICED AT £3 EACH.