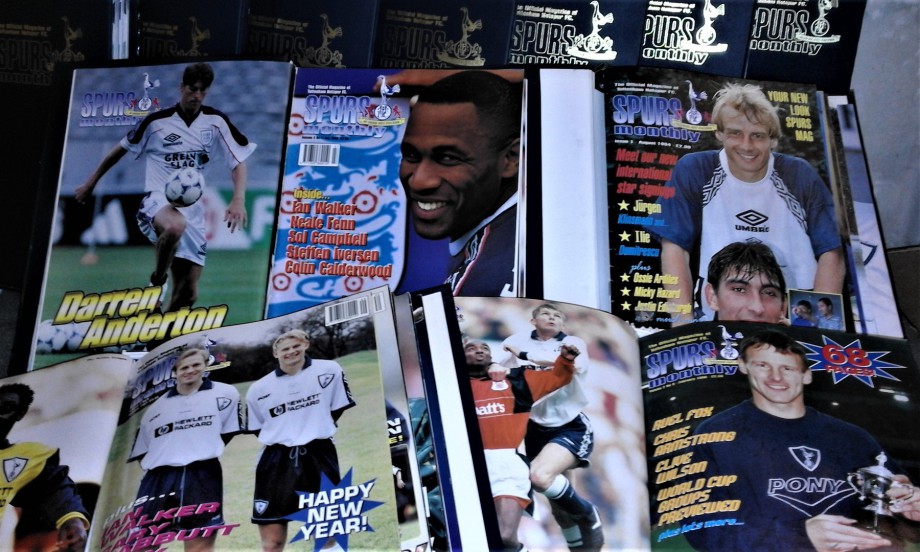 Replacing the old 'Spurs News' paper, this 'glossy' first appeared in August 1994 and ran until August 2005, when it was suceeded by

the 'Hotspur' magazine. Not exactly a vintage era for Tottenham,

with "unusual" (!!!) managers such as Gerry Francis and

George Graham at the helm, their sole trophy was the League Cup 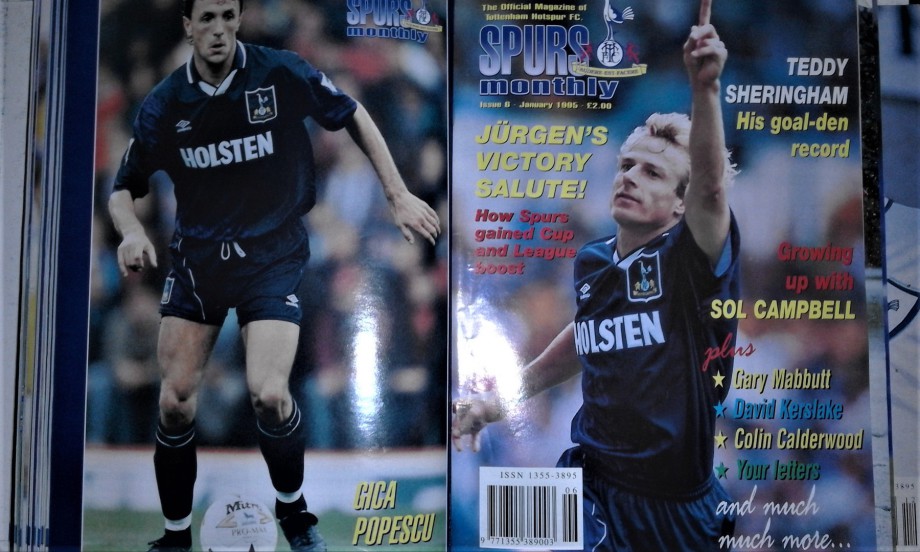 The individual volume dates are broken down as follows ;

(Please note that the plastic bottom runner in Volume 3 is broken, but could possibly be glued back in place) 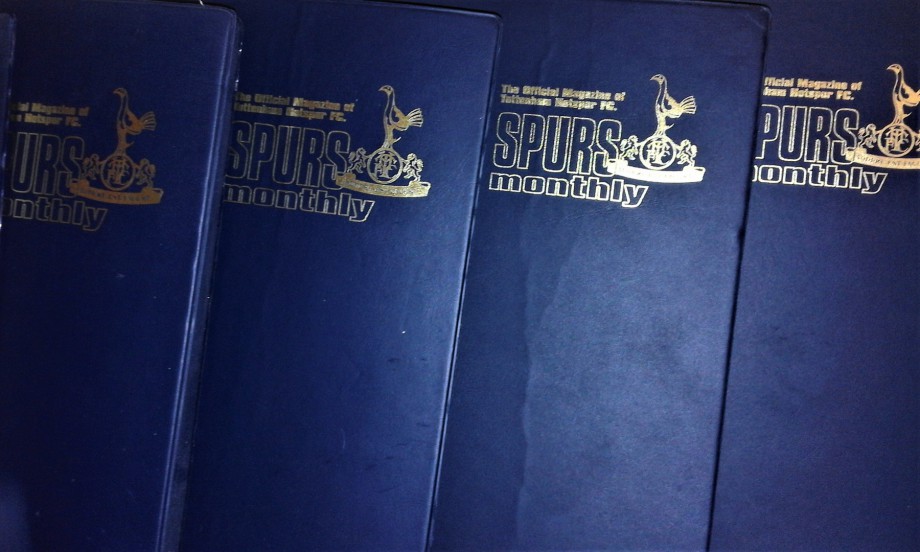 The individual volumes are available at £25 each,

while subject to availabilty we can offer the full run

Naturally in view of the size/weight of these items, they

would only be available to UK customers. 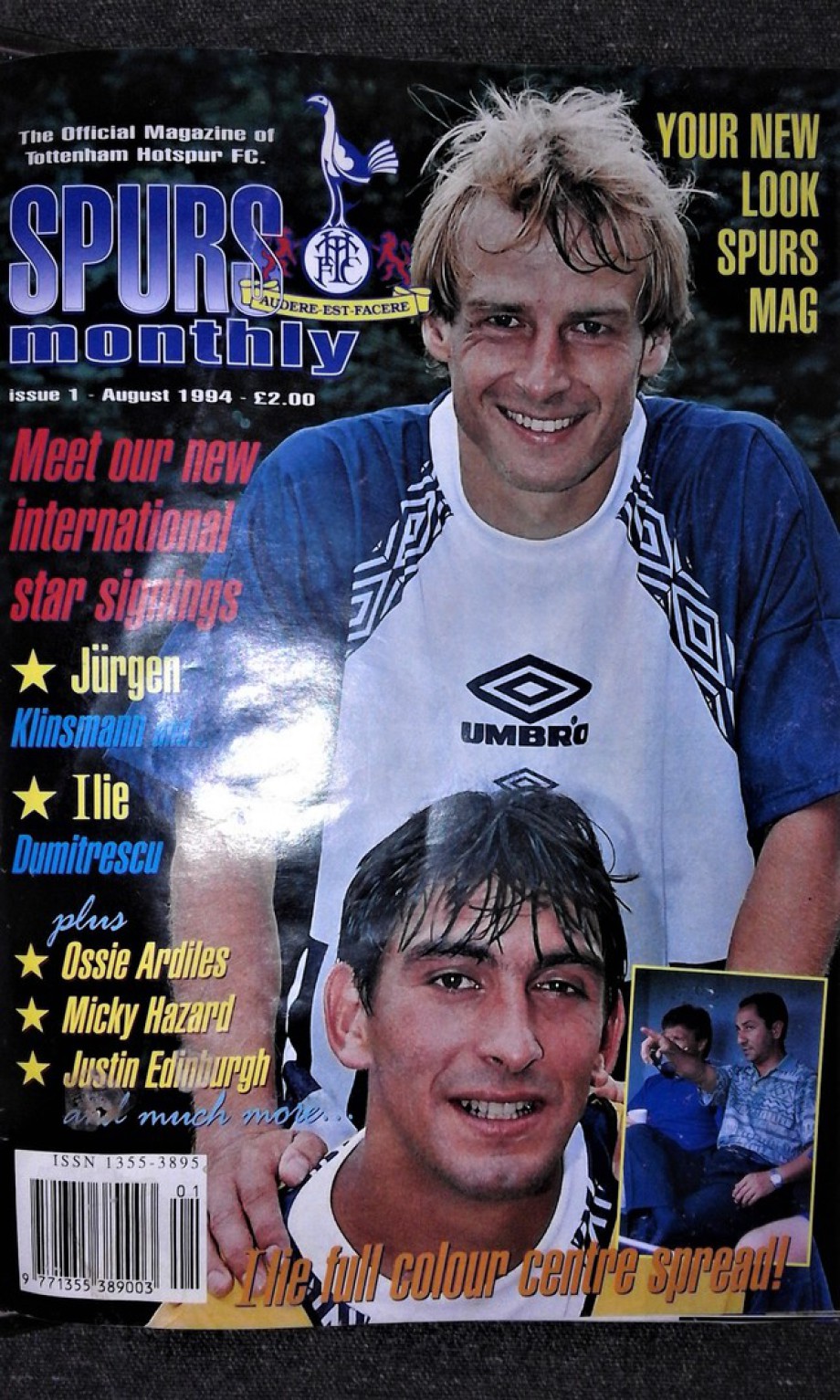