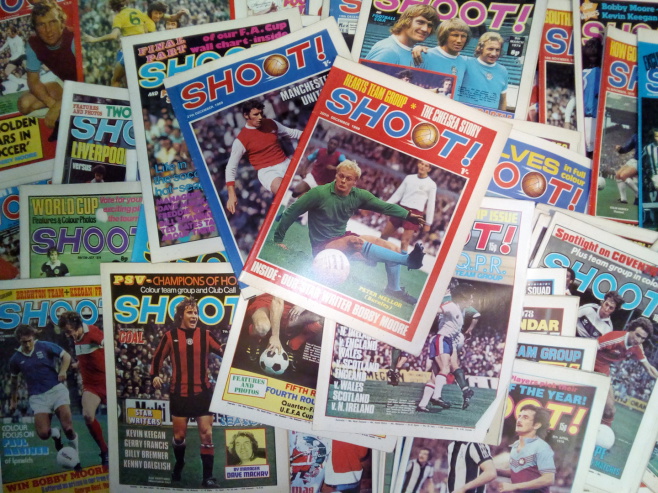 Shoot was launched in August 1969 and throughout the 1970's, was the leading football weekly magazine. Absorbing the Goal title when that magazine closed in 1974, it had no serious competition until Match began publication towards the end of 1979.

Details of issues right through to the end of 1980 are listed in this section, with the vast majority of magazines in perfect condition. (Later issues will be accessed by the links on the left once they are loaded)

Details of the colour pages in each magazine are list as follows:

Where two or more players appear in a match action picture, the 'home' player(s) will be listed first if the venue can be identified by stadium shots or if the other player is in away kit or part-change colours (for instance, on the cover of the April 8th 1978 issue, the picture of Alan Devonshire and Willie Johnston was clearly taken at Upton Park, with West Brom in navy rather than white shorts.) Similarly, match action shots will also show the 'home' club first if the venue can be clearly identified.  And of course, we will clarify which player is featured to distinguish between two who have the same name - such as Bryan Robson when the careers of 'Pop' and the future England captain overlapped in the late 1970's/early 1980's, or when there were two England Internationals named Gary Stevens playing at the same time in the 1980's - by adding their club in brackets !

Sep   23    David O'Leary & Pat Rice/Liverpool/Chivers Back With A Goal/International Who's Who booklet pics, Glenn Roeder.

Oct    28    Ray Wilkins/Mixed Fortunes In Europe/Stoke/International Who's Who booklet pics,

Aims To Bring Peace To The Terraces, Paul Hegarty.

Frank Lampard with David Essex, Keegan - We Can Win In Rome. 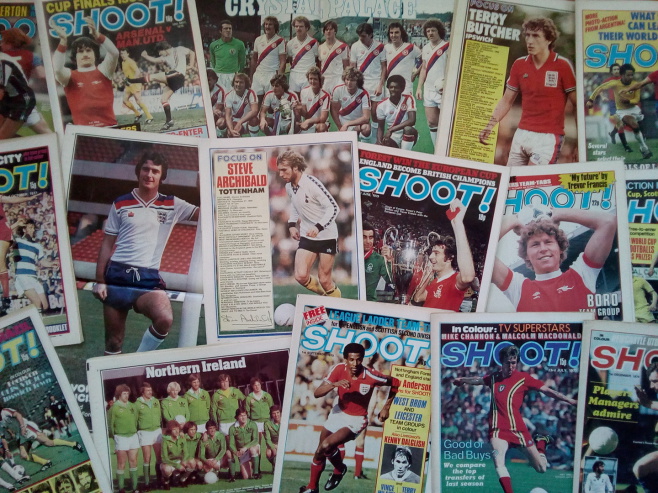