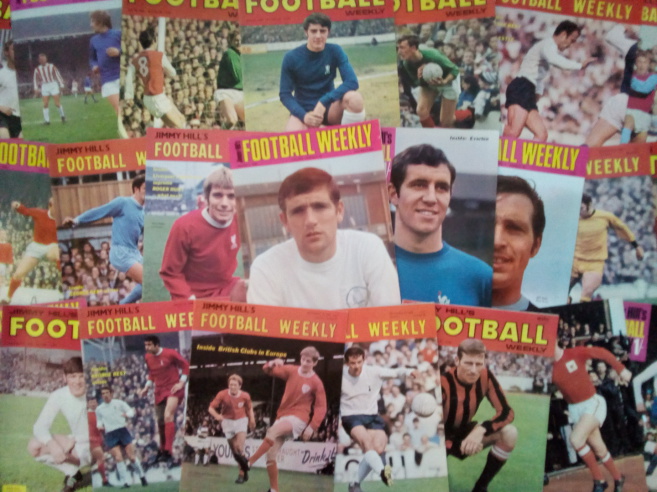 Jimmy Hill's Football Weekly first appeared in October 1967 and ran until April 1970. The first 'glossy' football magazine, it was a very news-orientated publication, and obviously aimed at an adult market rather than the junior occupied by the likes of Goal and Shoot, both of which began while JHFW was still in production.  We are pleased to be able to offer a fresh selection of this magazine, all in excellent condition.

UNLESS STATED, JIMMY HILL'S FOOTBALL WEEKLY MAGAZINES ARE PRICED AT £3 EACH