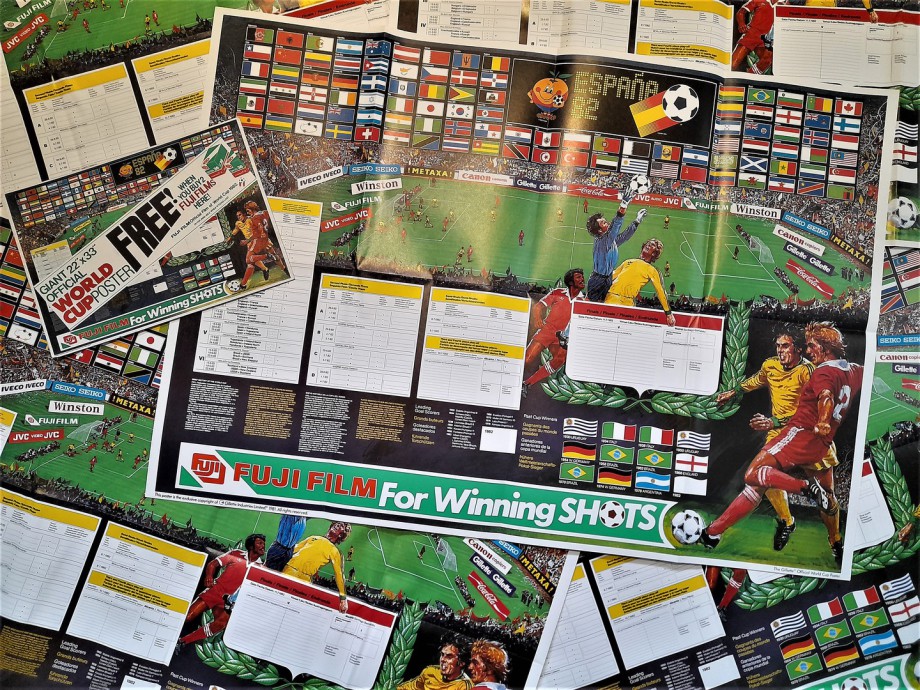 Can it REALLY be forty years ago ?

favourites to win the World Cup but somehow fell short ?

appeared in their first World Cup ?

Forty years since Northern Ireland stunned the hosts with an amazing victory ?

Forty years since Maradona took his maiden bow on the big stage ?

Forty years since Scotland played in a World Cup without embarrassing themselves ?

And forty years since Paulo Rossi stole the show and spearheaded

Italy to an unexpected victory ??? 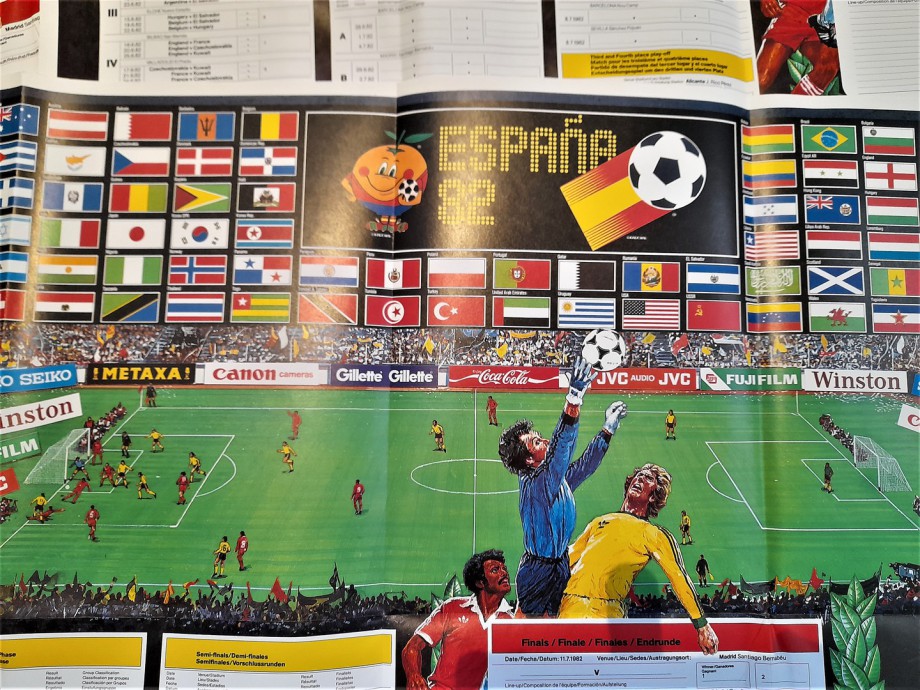 Every now and again, something unusual drops in our lap, and we were delighted

in as near perfect condition as possible for forty years old.

a blast from the past), with a poster being included with sales of two or more films. 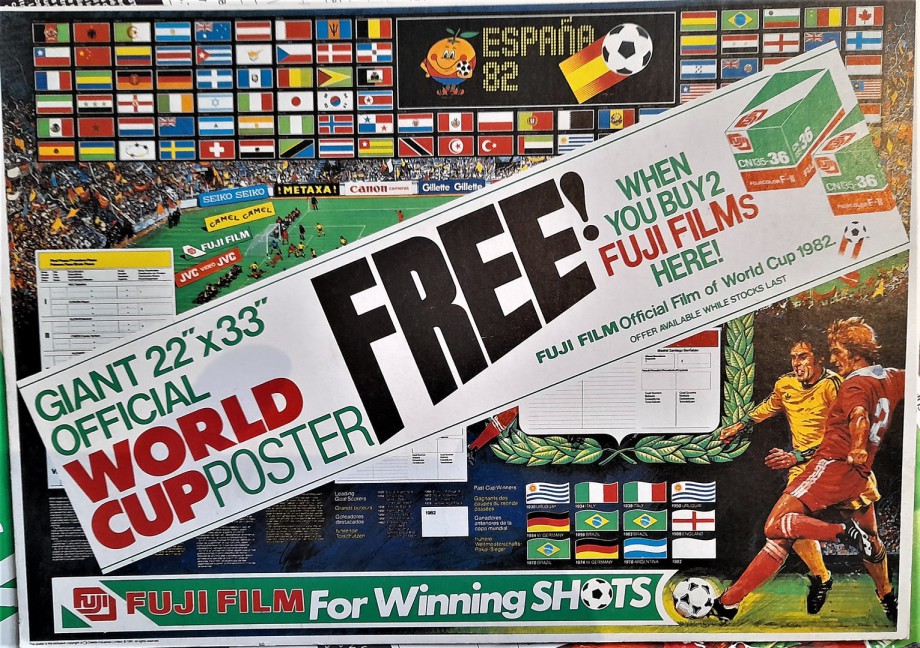 to UK customers at £10 each (including signed for postage*) while stocks last,

Make contact with us NOW to secure your amazing 1982 World Cup Poster ! 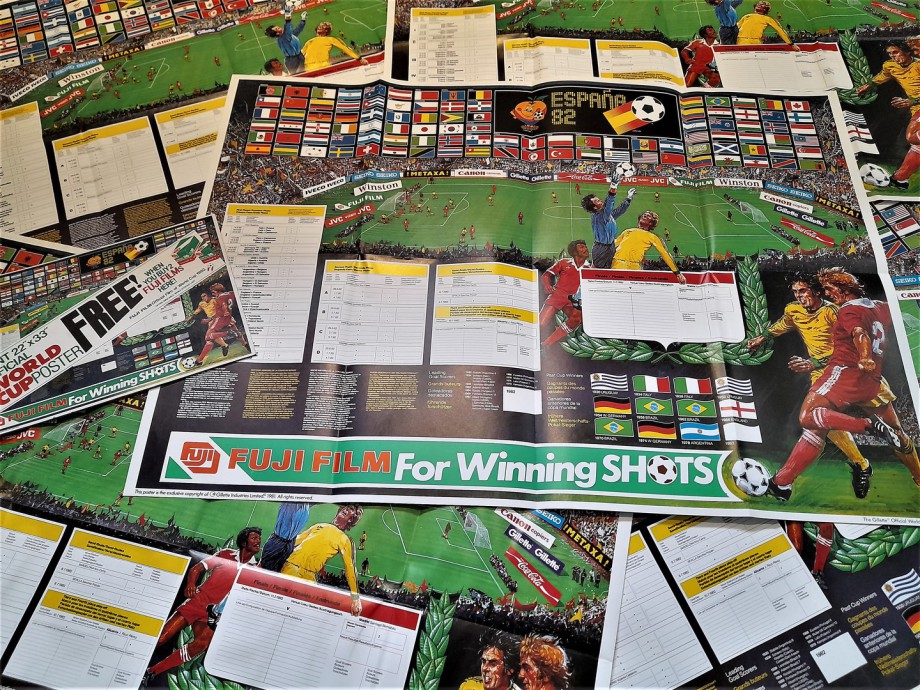