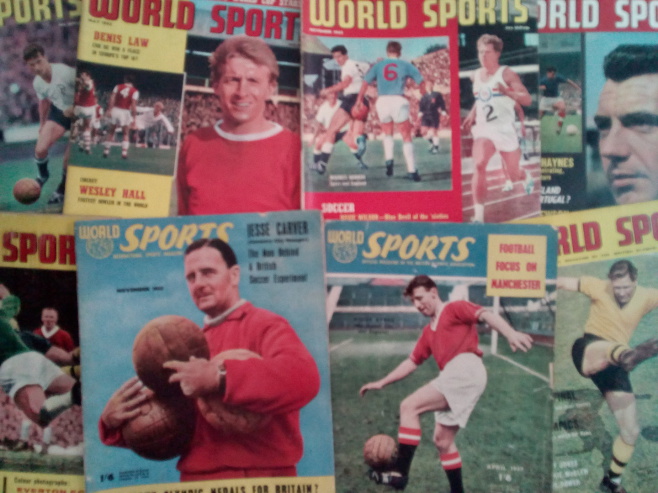 World Sports launched in 1948 as the official magazine of the British Olympic Association. Naturally, they soon realised that they needed to lean heavily on the country's most popular sports for it to sell in periods outside major athletics events, so in the summer that meant cricket, and in the winter that meant football !   We are pleased to be able to offer a limited number of editions from the 1950's and 1960's in good condition. Details of the colour cover subject(s) are listed against each issue.

ALL 'WORLD SPORTS' MAGAZINES ARE PRICED AT £5 EACH