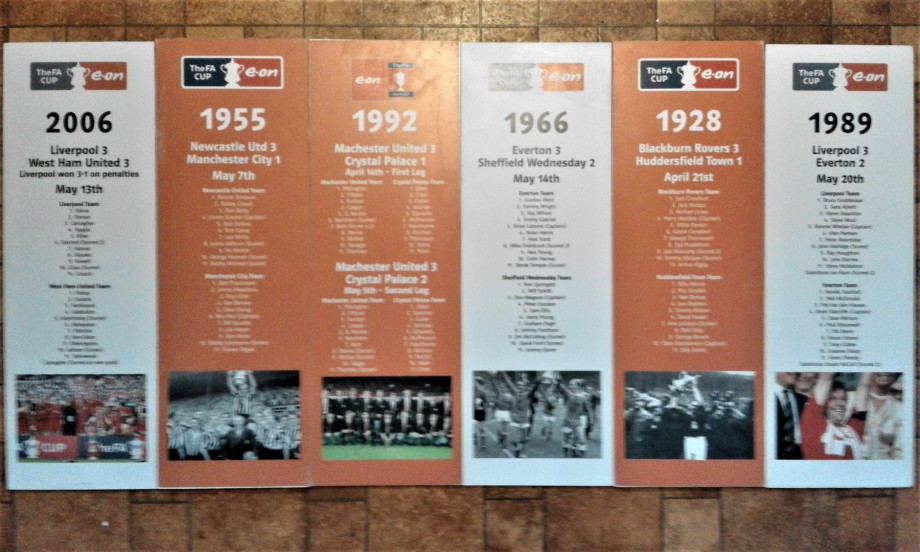 Every now and then something unusual drops into our lap, items of

football memorabilia that you simply don't find every day, and it's clear to say

that these items are DEFINITELY in that category. 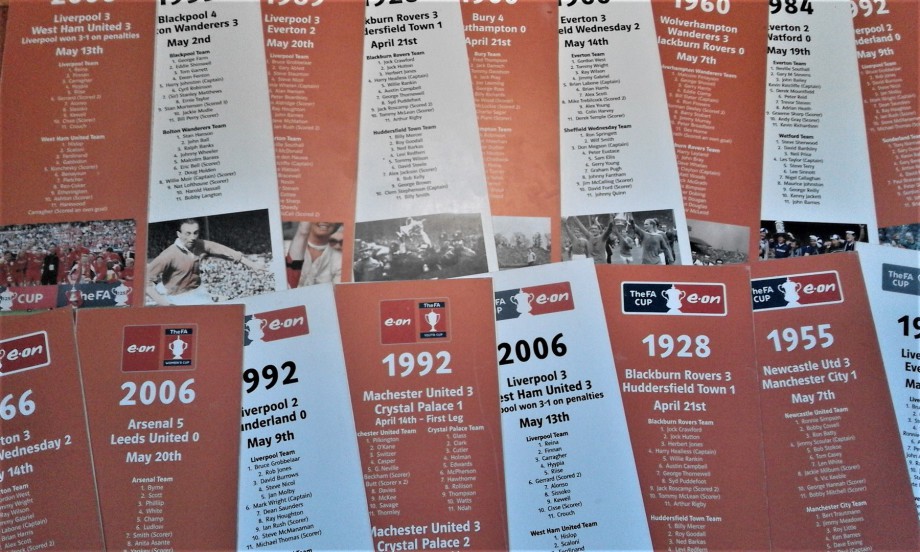 at a Football Association Dinner.  Although we have no exact date as to when

these were used, E-ON were the F.A. Cup's primary sponsors between 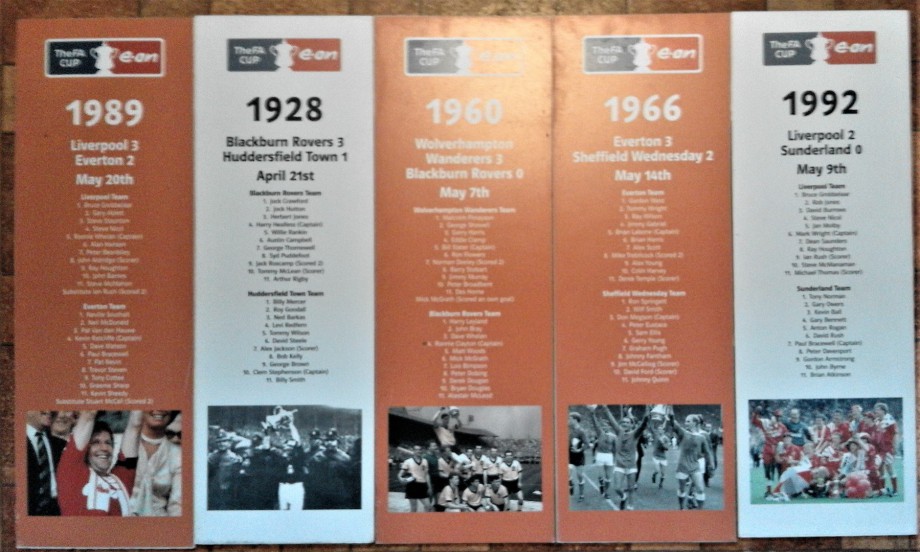 These table centrepieces represent a selection of historic finals, are 500mm high, 170mm wide and 4mm thick, and detail the teams and scorers for each match,

rounded off with a photograph. They would make perfect 'man-cave' fodder,

signed should the opportunity arise.

Our asking price for these unusual items is £20 each, which would be inclusive of UK signed for postage. 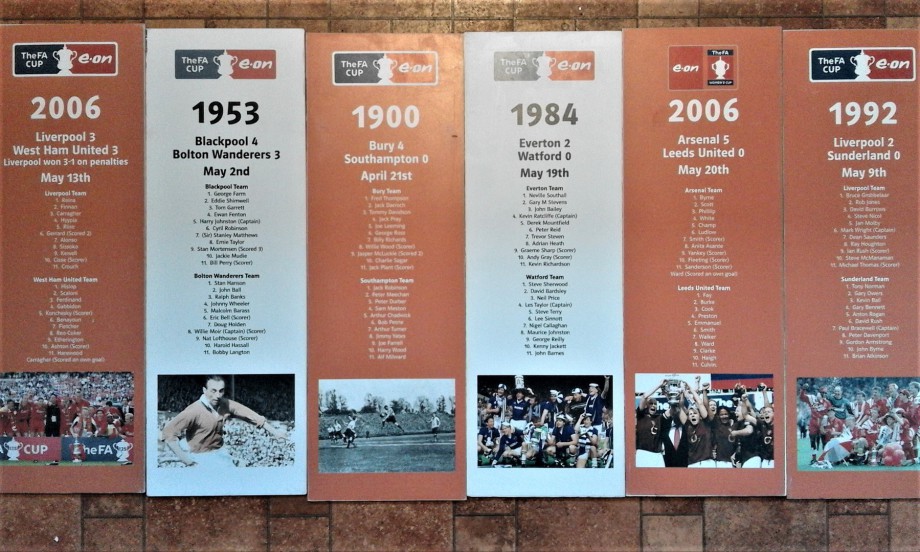