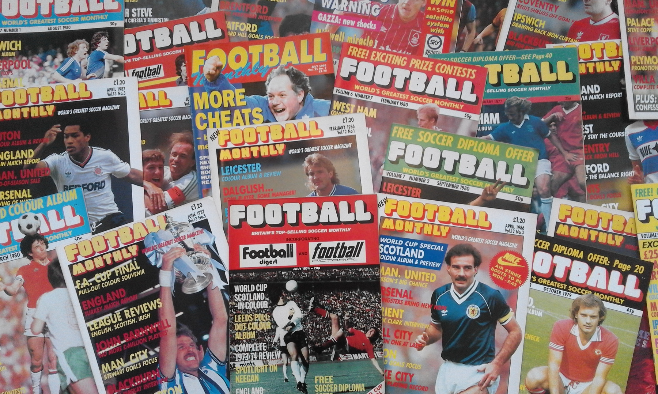 The successor to Charles Buchan's original publication first appeared in 1974, and also incorporated the Football Digest and Football Pictorial publications. It was a particularly first class magazine throughout the 1980's, but the quality of layout and writing became narrow and dipped in the 1990's, with publication ending with the final issue in October 1996. There were also a few industrial disputes which prevented publication - the magazine was not produced between June & October 1983, March, April & May 1984 or from January to May 1992

This popular publication remains a strong seller whenever we have stock available, particularly for 1980's issues. Details of the 'colour album' are listed against the date of each issue. (The back cover varied from advertisements to player pictures, so for the purposes of this page, those details are not listed).

ALL REMAINING STOCK SOLD OUT  !