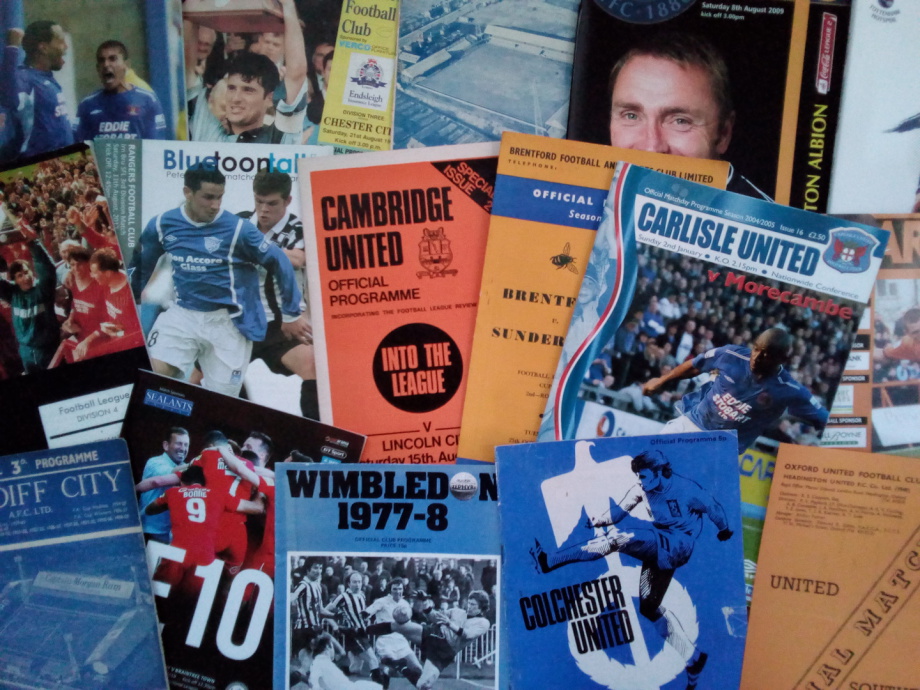 In this section you'll find a varied selection of programmes or commemorative issues relating to matches which, either by design or accident, are of some historical significance, and don't deserve to be 'lost' in the general lists !  The easiest method of listing these has been to highlight the club to which they relate with a brief description of the item and its signifcance, even though the programme may be from an away match.

There are also a handful of autographed programmes included in this section too.

saw the visitors survive, and the the home team relegated to the Conference  -  £10

to the Football League, sadly proved to be last home game with Justin Edinburgh as manager  -  £10

Away programme at Brentford, League Two, May 2nd 2009. Match at which Luton lost League status  -  £5

MAIDSTONE UNITED.....last season in Conference & seasons in the Football League

Home programme v. Enfield, Isthmian League Premier Division, March 25th 1997.  Match was billed as a 'title decider', official gate of 8,007 (with more locked out) was highest recorded for a standard non-league fixture during the 1990's  -  £5